How Yoga Benefits You

A very popular and with a growing number of followers sports activity recently is Yoga. Everybody has heard of it but very few know it beyond its physical dimension, whether as a training routine or a stretching practice.

The more popular yoga becomes, the more questions arise about its strengths and weaknesses, the actual benefits, and the potential risks of doing it regularly. People are wondering whether yoga is good for them due to health concerns, age considerations, previous lifestyle habits, and more.

If you, too, are new to Yoga and pondering upon the topics above, this article is a good start to familiarize yourself with it and understand why you should not waste any more time and take it on immediately.

There are allegedly plenty of positive impacts of practicing yoga on various aspects of life – from health through emotional and mental well-being. People who practice yoga for years say that their motivation has undergone changes and metamorphosis.

In the beginning, most take on yoga as a way to get in shape and be fit, extend their physical strength and mobility, and be able to perform some fancy-looking popular yoga pose such as headstand, bridge pose, or candle pose. With time there is a tendency to shift focus towards the internal spiritual side of yoga. With reason, it’s called a “practice” as it offers self-reflection, self-actualization, and a sense of fulfilling one’s potential.

Two-thirds of yoga students and 85 percent of yoga teachers say they have a change of heart about why they do yoga. More often than not, because of being able to concentrate on kindness, self-compassion, continued growth, and self-awareness.

Below are mentioned some of the most popular and well-known benefits of practicing yoga. If you have never attended a yoga class before, this article aims at convincing and motivating you to do so.

What Are 5 Benefits of Yoga

There are indeed many reasons why making yoga part of your everyday habits, even for a couple of minutes a day, is a great idea.

Not only the physical aspect of your life will improve, but also your emotional and spiritual well-being.

Let us begin by mentioning some of the most significant health benefits of doing yoga regularly.

Different studies have tried to put under a scientific test the belief that yoga and meditation can help the elderly prevent the development of Alzheimer’s disease and other forms of dementia.

One study published in the Journal of Alzheimer’s Disease compared the memory performance of two groups – the participants of the experimental group underwent a 1-hour Kundalini Yoga class once a week and Kirtan Kriya meditation for 20 minutes every day, while the control group engaged in 1-hour memory enhancement training with crosswords and computer games once a week and they also spent 20 minutes daily on completing memory exercises. After 12 weeks the results were impressive. The participants who practiced yoga and meditation demonstrated significantly greater improvements in visual-spatial memory skills. Overall the researchers believe that their findings indicate that yoga and meditation may be an effective strategy in protecting against cognitive decline in older adults.

Another study conducted in Brasil imaged the brains of female elderly yoginis and found they have a greater cortical thickness in the left prefrontal cortex – the areas in the brain associated with cognitive functions like attention and memory. Although the causal relationship might be the other way around – that is, people with these brain features are more likely to be attracted to yoga, the researchers are deeply convinced that practicing yoga long-term can change the structure of the brain and could protect against cognitive decline in old age.

2. Increases Oxygen Flow to the Brain 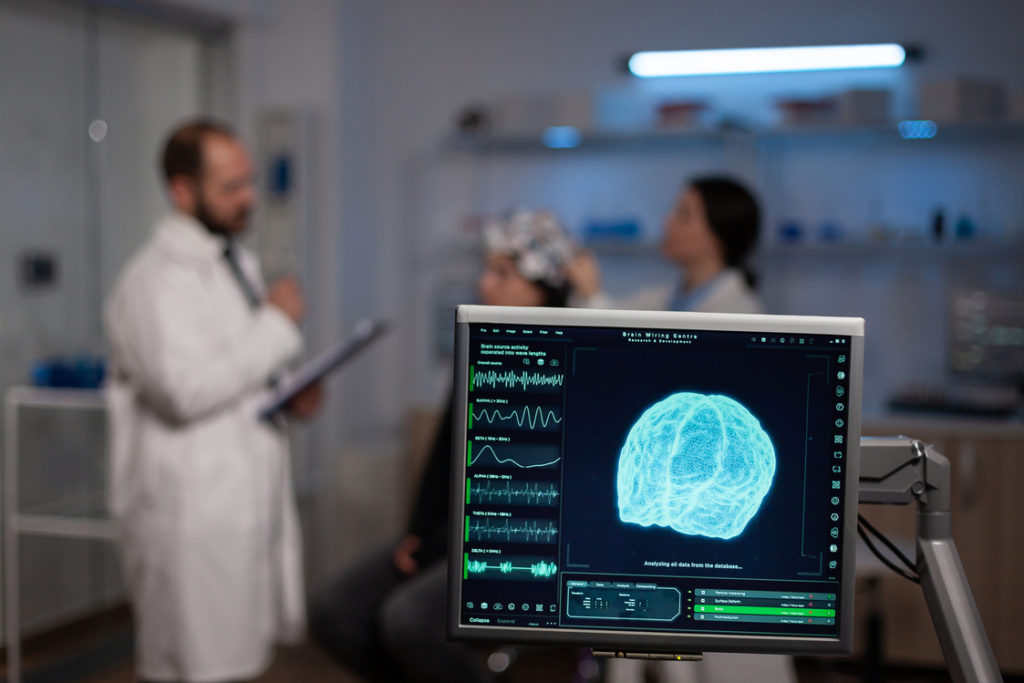 Yoga is an integrative practice including not only physical exercises but also proper breathing techniques. It won’t be an exaggeration to say that the essence of yoga lays in the balance and harmony between movement and breath. If you have attended at least one yoga class you have seen this for yourself. The yoga instructor will constantly remind you to breathe while executing the various poses and will advise you to take a rest in the child’s pose should you have lost your breath.

That is because the practice of yoga is supposed to be a meditative process of connecting the physical movement of the body with every inhale and exhale. Pranayama – the control of breath in yoga, is central for the proper performance and augmentation of the practice’s positive outcomes.

In this way, through asanas, the brain is stabilized to receive better oxygenation. This is achieved through pauses and holds of the breath in specific sensitive moments of each asana’s execution, as well as through the methodical training of the respiratory system to keep the brain region in balance while different parts of the body stretch and twist.

Breathing is the most natural process which is performed fully on autopilot. Thus most often than not is done incorrectly. This might sound like a strange statement; how can you breathe improperly, you might ask. Since the process of breathing happens unconsciously, unhealthy habits are developed and are difficult to get rid of afterward. Breathing can be modified and enhanced and oxygen intake – increased by expanding lung capacity. This is achieved through training awareness while performing pranayama breathing techniques. 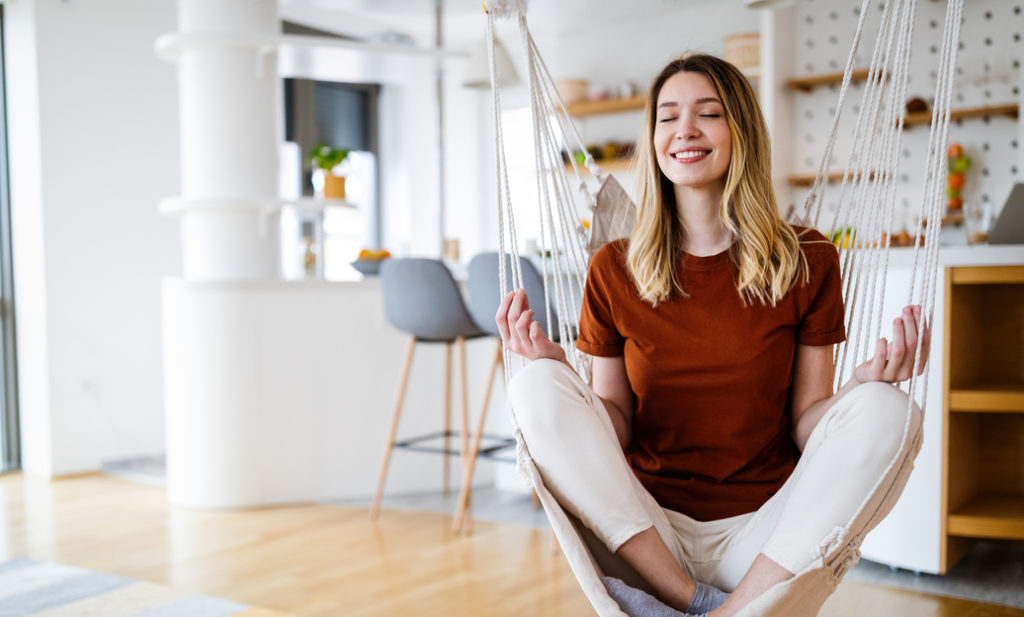 A central part of practicing yoga is finding balance in performing the asanas while keeping a steady breath and focus. While training to do that on the mat, practitioners learn how to extrapolate this skill in their everyday lives and use it to handle the plethora of unknown and often stressful situations encountered. Feeling in control of what’s happening and managing the emotional reaction towards the events taking place gives a sense of calmness and confidence in one’s abilities to respond adequately. 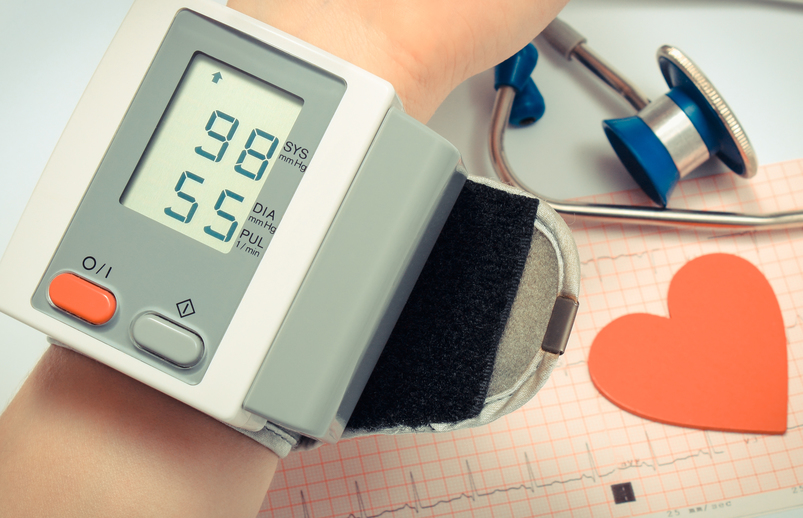 Alongside the many health benefits of yoga is the regulation of blood pressure. Whether you’re experiencing issues with hypertension or hypotension, you should totally consider yoga as a means to normalize it.

All types of physical activity and exercise have a positive impact on blood pressure levels. Because hypertension is way more dangerous than hypotension, plenty of studies have focused their efforts on investigating the actual effects of yoga on patients with high blood pressure. HBP (or hypertension) is when your blood pressure – the force of your blood pushing against the walls of your blood vessels, is consistently too high. It is known as “a silent killer” as it might go without causing any real discomfort while slowly but steadily damaging different parts of your body – heart, eyes, kidneys, reproductivе organs.

In 2011 Evidence-based Complementary and Alternative Medicine published the results of their research, based on which they concluded:

“Twelve weeks of Iyengar yoga produces clinically meaningful improvements in 24-hour [pressure of blood in the vessels when the heart beats] and [pressure between beats]”.

Those conclusions are supported by another study conducted in 2016 where researchers looked into changes in blood pressure indicators in patients after 12 weeks of practicing Hatha Yoga compared to other more standard approaches. One group was attending a 90-minute yoga class once a week and doing some yoga exercises at home as well, another group followed health education combined with a walking program, and a third group was doing both the yoga class and walking but skipped training at home. Results showed that even though all three groups demonstrated improvement in their levels of blood pressure, the most significant of all was the first group. 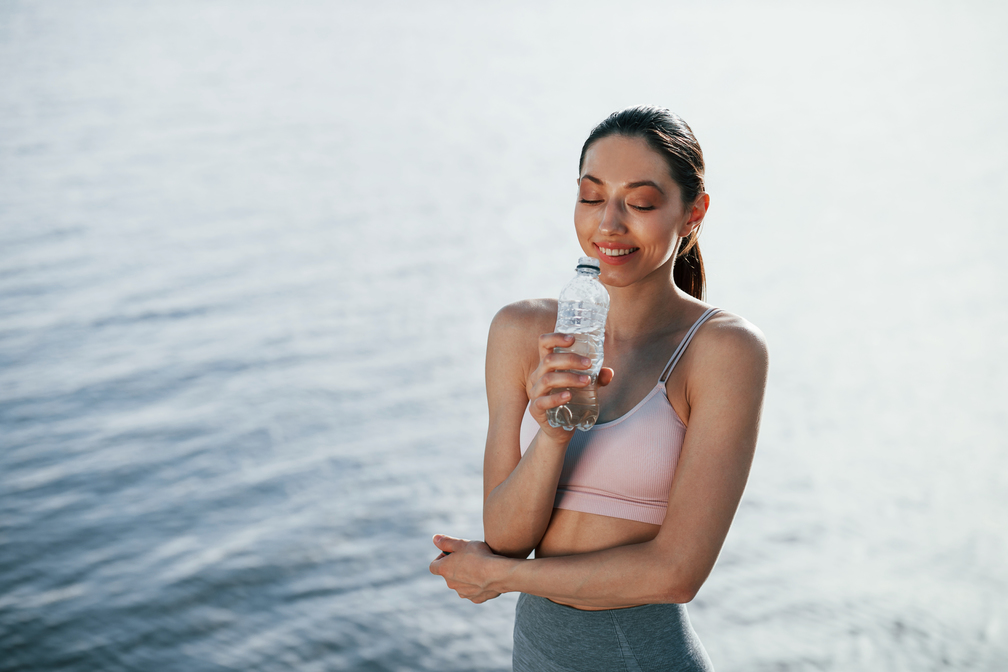 Talking about the health benefits of yoga we should mention its positive effect on inflammatory processes in the body. Inflammation is a normal and expected defensive response of the immune system to harmful agents, such as bacteria and viruses. When this process becomes active more often than necessary, it turns into a chronic medical condition that can cause other serious illnesses, such as heart disease, diabetes, or cancer.

Feeling pain in the joints, knees, or ankles that eventually slowly goes away with time is something everybody has experienced. The more often it happens, the more used we become to it, and the more our bodies become unable to deflect this inflammatory process, thus turning it into chronic inflammation. Combined with stress, elevated blood sugar level, and hormonal imbalances, the condition worsens. Sadly, all mentioned factors are pretty common in nowadays society, so we need to do everything within our power to prevent and mitigate them.

Studies have been conducted to check whether practicing yoga regularly may reduce inflammation. In 2015 one research divided 218 participants into two groups – people who did yoga on a regular basis and others who didn’t. Those who did showed lower levels of inflammatory markers than those who didn’t.

There are other scientific pieces of evidence for the beneficial effects of yoga on inflammation. Some poses however are more proper for this purpose than others. Mainly relaxing and standing asanas contribute to the reduction of inflammation. If your goal is to relieve pain and help your body heal and come back to balance, you should practice Child’s pose, Supine Twist, Warrior II, and Triangle Pose more regularly.

Finally, you will be able to learn to control your breathing and to become a healthier person in general when you know how yoga benefits you. With all of these things taken into consideration, you will feel healthier than ever before. You will be able to live a healthier lifestyle and become a healthier, more positive person in more ways than one. Yoga can make you feel more confident about who you are, and what you are able to achieve and it can also help you become happier and more fulfilled with your life.

Hey everyone, I’m Donika, a passionate ambassador of yoga, health, wellness, and personal growth.
I’m a contributing writer for LivePureYoga and the person behind liftself.com – the place to expand your inner and outer world and elevate yourself to a greater you.