Are Planks Good for You?

Plank is one of the most popular exercises which is incorporated in different types of physical training. Whether it’s yoga, box, or any other professional sport like hockey and football, the plank is commonly practiced due to all the benefits related to it.

Plank is simple in execution, but the complexity accrues from its many variations. Also, it’s an endurance exercise and with time, it gets harder to hold into the position due to the accumulating tiredness and weakening of the muscles.

Many people consider plank a favorite exercise because it doesn’t require any special equipment or setting and it can be literally performed anywhere.

All you need to do a plank is your own body.

Plank is an effective bodyweight exercise working out a great number of muscles in the body but mainly used for building a strong core. Still, it can be used not only for strength but also endurance and cardio training.

Besides the obvious and expected benefits of improving strength and shaping the muscles, there are other positive outcomes of regularly doing planks. It helps improve the posture of the body, fights back pain, improves metabolism, and has some psychological gains like better concentration, patience, and resilience. 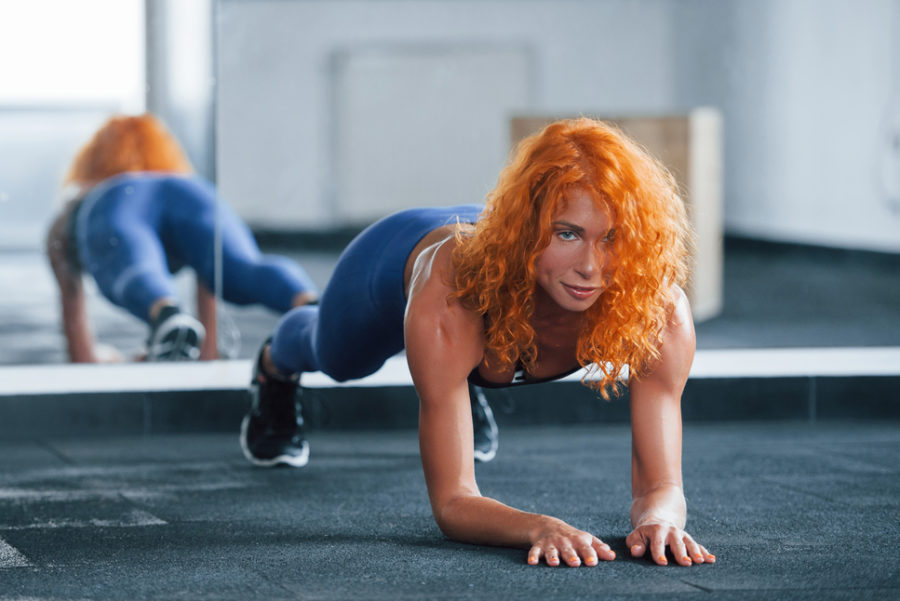 Plank is so popular that there is no way you have never heard of it. If you have been to a single training – no matter the type – chances are you have done some variation of it.

Plank is recognized mainly as a core exercise, but it engages many muscle groups and builds stability and strength throughout the entire body. There are indeed different ways you can execute the exercise, but in its most common version, the body is perpendicular to the ground, stomach – flat, strong, and facing the floor, while the torso is elevated off the ground on either the elbows or the hands. 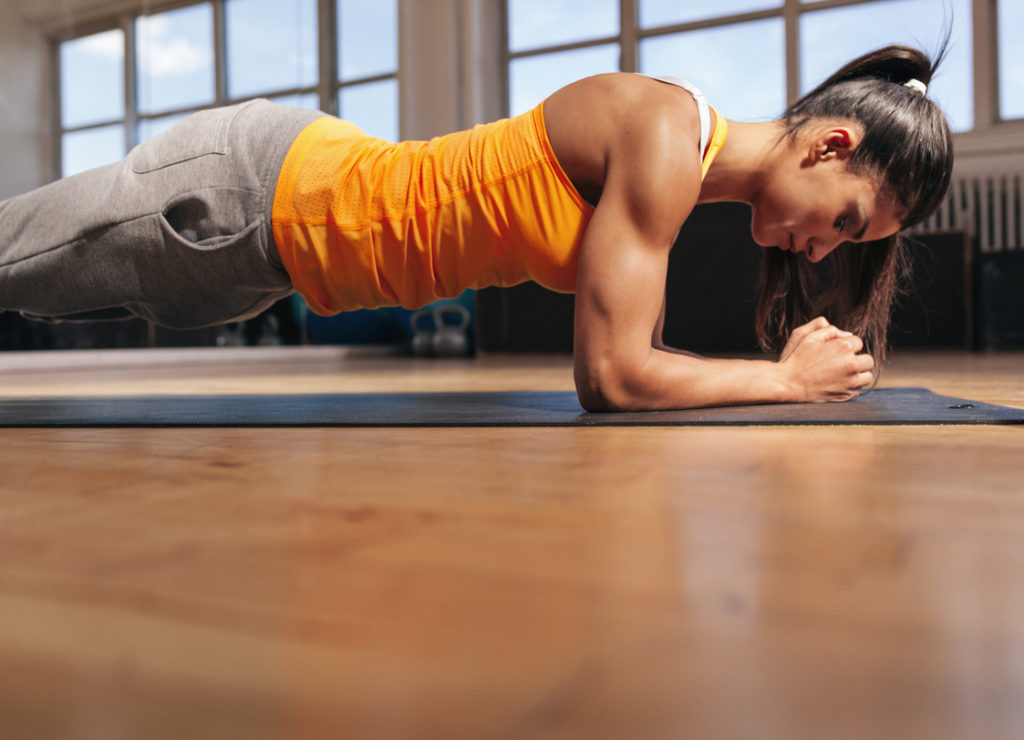 Although it may seem like an easy exercise and even feel like one in the first couple of seconds, with every passing moment it starts to feel as if time has stopped.

Plank challenges not only the strength of your body

but also the power of your mind.

Because plank is a bodyweight exercise, it’s convenient and included in various types of training. Not only that but also it engages many muscle groups which makes it amazingly effective for the improvement and strengthening of muscles overall.

If you’re new to planking and wondering whether planks are good for you, you will find the answer below.

There are many reasons why doing plank is good for your body. It’s an exercise that will never go out of style because it works the entire body, strengthening many muscle groups, building resilience, and increasing willpower. All this without any specific equipment. 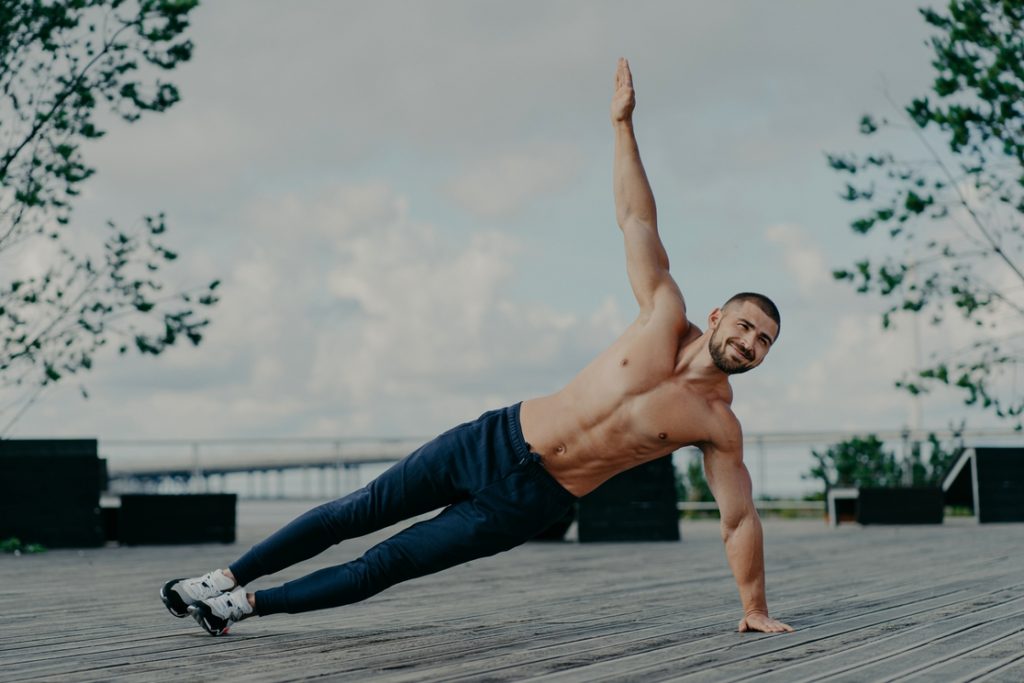 The single most significant outcome of doing planks is the strengthening of the core of your body which is made up of several muscle groups – abdominals, back, hips, pelvis, and buttocks.

The reason why this is so important, however, is not related to shaping a sexy beach six-pack, but to the fundamental role that the core plays in overall effectiveness and performance. It connects the upper and lower body, supports the back, and holds the spinal column straight.

A post in Harvard Medical School reminds us that a weak core can cause pain and injures. It can lead to poor posture, resulting in neck and shoulder pain. Even sore knees and hips can be traced to a weak core.

2. Plank Is a Full Body Workout 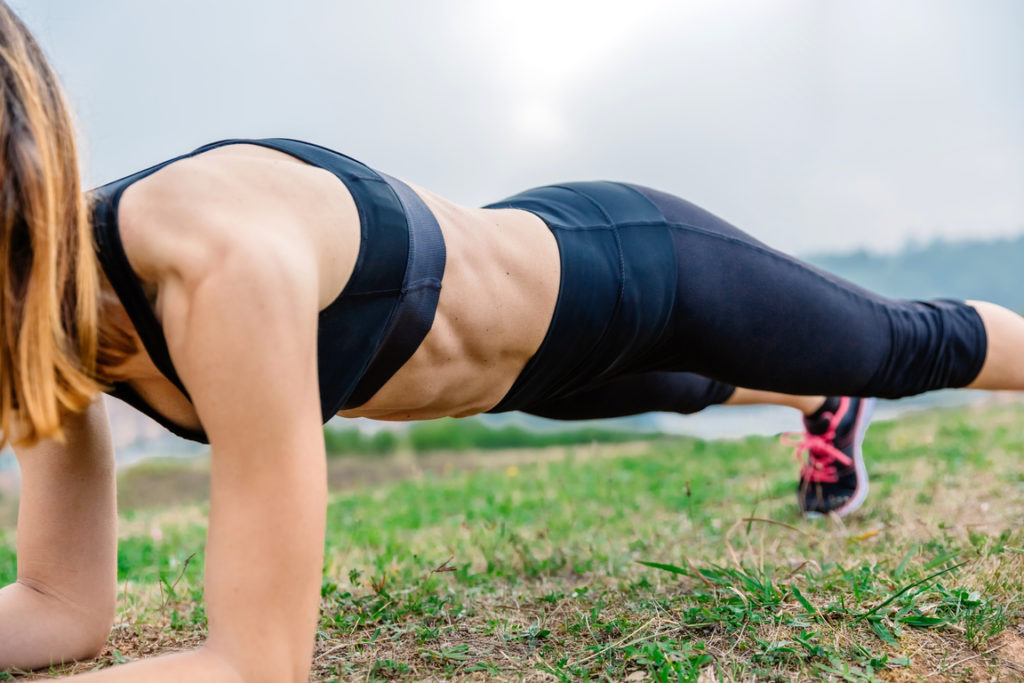 As mentioned in the What is Plank section, this exercise is mainly associated with core strengthening, but the truth is it engages the entire body, including shoulders, chest, upper back, and thighs. That’s why planks are way more effective compared to crunches and situps.

3. Plank Is Good for Back Pain

Another reason why plank is a preferred exercise is it can help with back pain. This is a very common health problem in modern society due to living a sedentary lifestyle and sitting on a desk all day. Including planks in your training routine can help you by strengthening the back, chest, shoulders, neck, and abs. 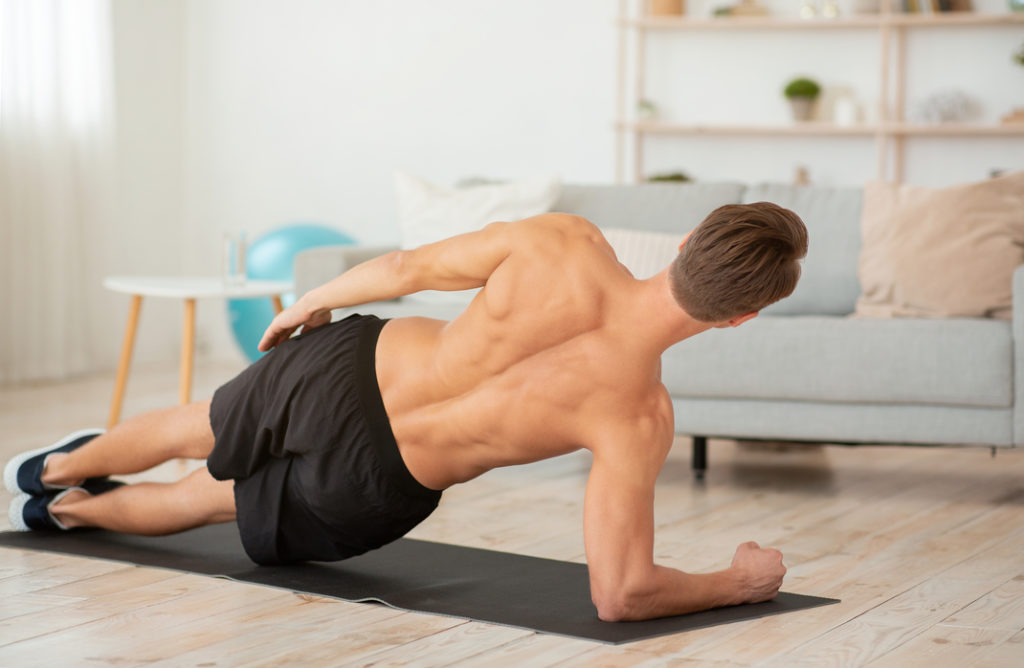 Planks make it easier to keep your shoulders backward and your lower back in a neutral position while sitting or standing.

Although it does not seem like a stretching exercise, plank does help improve flexibility by stretching out the lower half of the body. In the most popular variation of plank, while holding the body into a straight line, the hamstrings and the arches of the feet lengthen. 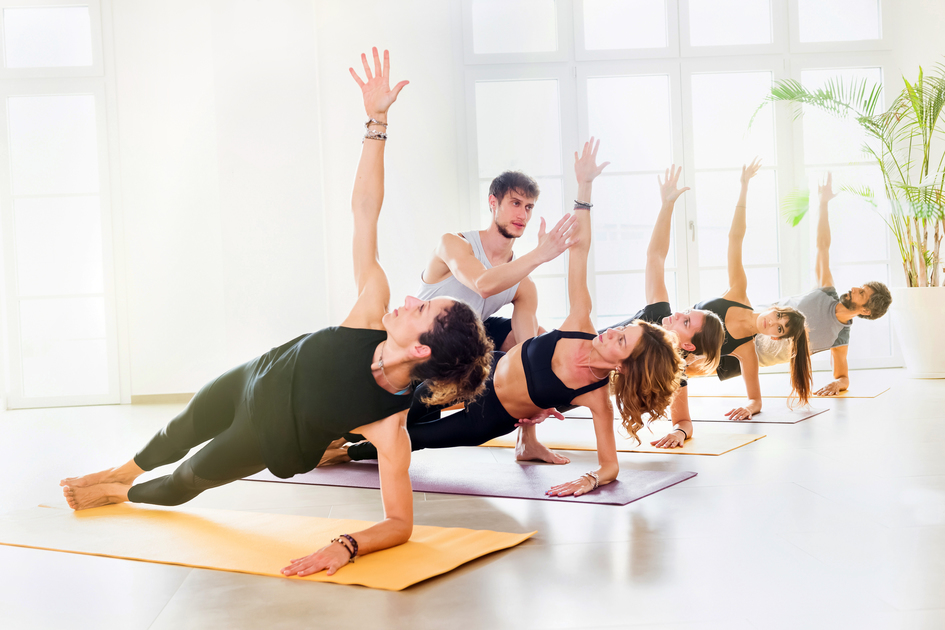 If you want to stretch your sides, you can perform the side plank variation with an extended arm, where the stretch is in either the left or the right side of the body.

Another benefit of the plank pose is that it is both a strength and stretch exercise.

Plank vs Sit Up 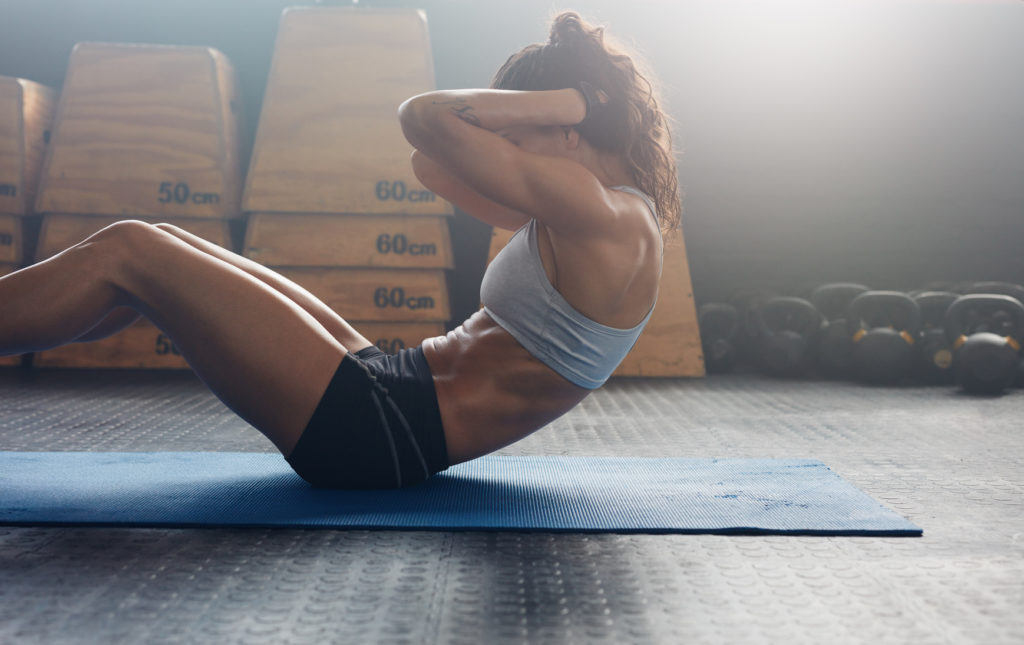 If you’ve never tried plank before and your way of training your core is with situps, this paragraph is for you to consider.

To sum it up, planks are better than situps, and the latter is now considered outdated.

How to Do the Plank Correctly

Plank seems like an easy exercise to execute, thus many people do not perform it correctly. What results you will get out of it depends fully on whether you do it the right way, engaging and activating the right muscles. 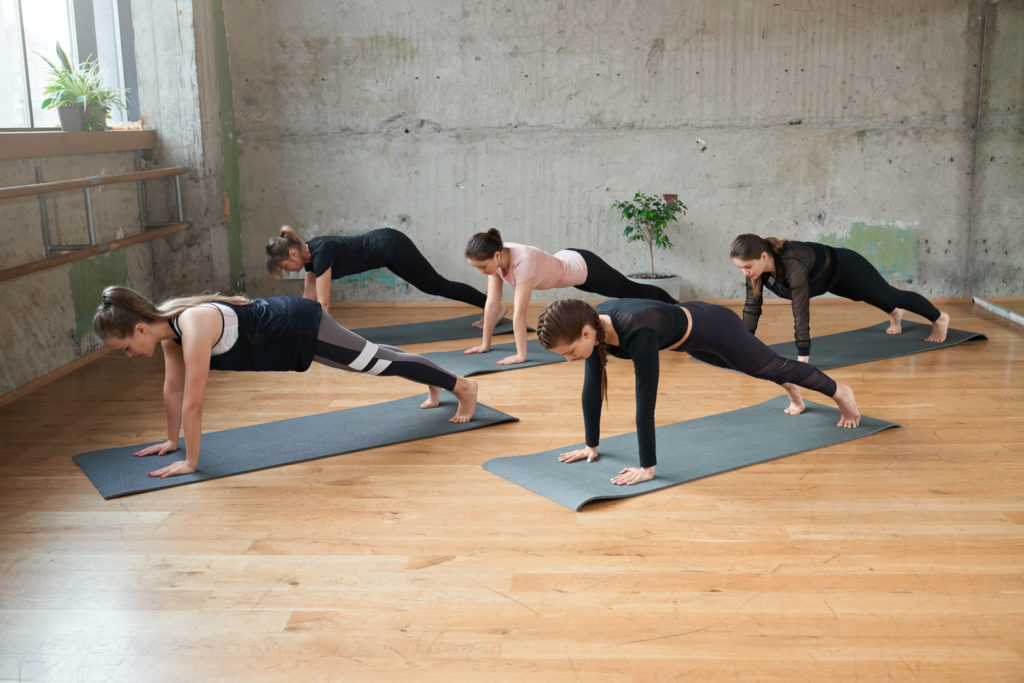 As with every other physical exercise, doing planks correctly will take time and practice, and will be harder in the beginning and will get easier with building up your muscles.

To get into a regular plank position, follow these steps:

1. Get your body down on the mat and place your forearms directly underneath your shoulders at a 90-degree angle. 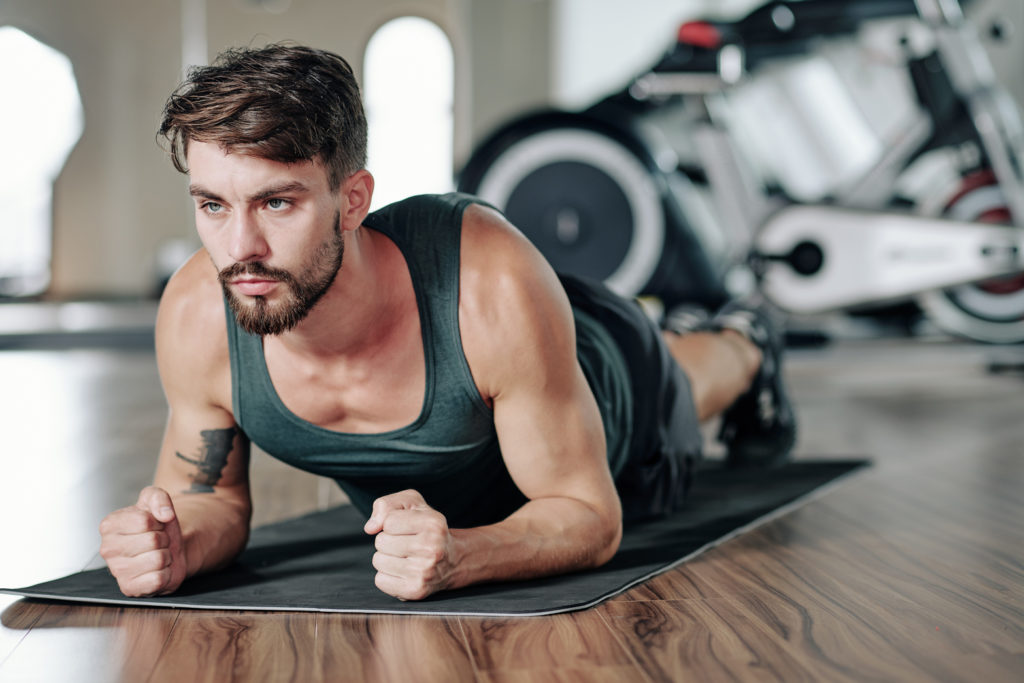 2. Keep your body straight and push it off the mat with your feet in a straight line on the tip of your toes. 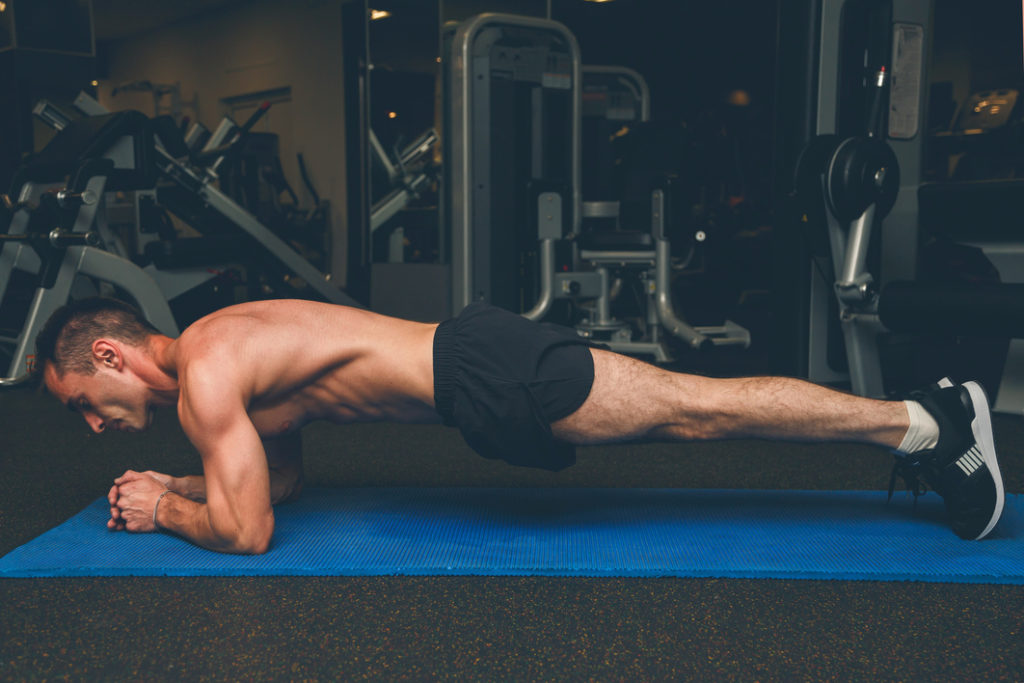 3. Tuck your tailbone and engage your glutes, triceps, and abs to ensure your back is in a straight line from your head to your toes and does not arch. 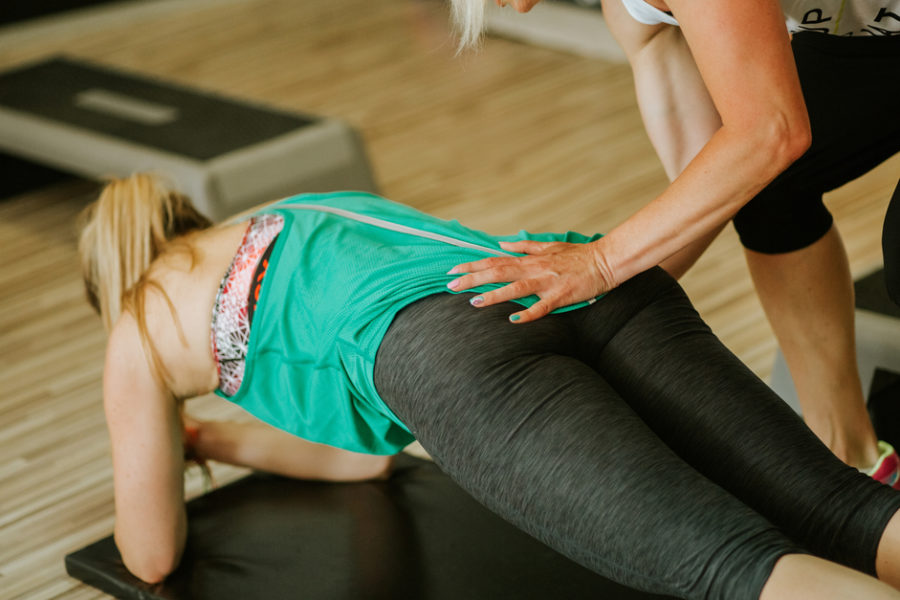 How Long Should You Hold a Plank

It may sound strange and hard to believe but shorter holds and more repetitions are the more fruitful approach for building endurance and strength with planks. This is a hot topic in the fitness world as many people have gotten used to holding planks for minutes on end.

Dr. Stuart McGill, a professor with 30 years of experience and a former spine researcher at the University of Waterloo, suggests that holding the exercise for too long might be a waste of time as getting the most out of plank is not all about how long you can hold it.

Fundamental for best results out of performing a plank is not the length of time you spend holding the position but rather the activation of the right muscles while doing it.

Dr. McGill recommends utilizing 10-second holds and increasing the number of repetitions, not the duration of the hold.

Plank is the most effective exercise for training the core of the body and strengthening the muscles around the lower back and midsection. The reason why it’s an excellent choice for improving the overall fitness performance is the fact that

the core is the center link that holds the whole body together.

Its function is to resist movement, not create it,

and the essence of the plank exercise is in holding the body still with zero movements for as long as possible. A strong and stable core prevents injures by improving strength, agility, precision, and explosiveness.

Hey everyone, I’m Donika, a passionate ambassador of yoga, health, wellness, and personal growth.
I’m a contributing writer for LivePureYoga and the person behind liftself.com – the place to expand your inner and outer world and elevate yourself to a greater you.